Showing posts from 2011
Show all

By Devesh - December 09, 2011
In Philip pullman’s Golden compass every human being is accompanied by a daemon . Daemon is a manifestation of a person's soul & it is impossible to separate it from the person. However Lyra’s mother, Mrs. Coulter manages to invent a process by which the separation can be accomplished. But as soon as the process is completed the Daemon dies/ evaporates with an agonizing poof & the person/child looses his personality becoming an emotion deprived zombie.  I was reading this article in business week comparing Siri & Android’s ice cream sandwich. Not only am i blown away by the intelligence in both systems - Siri being the better option (i am sure android will catch up soon) but am fascinated by how far we have come since the days of Dragon naturally speaking & more recent windows speech recognition. I have been a text to speech(& v.v.) enthusiast for a long time. What drove me away from these products was the back breaking effort involved in
1 comment
Read more

Positive self deception or Optimism

A friend told me about Seth Godin day before yesterday. I've been on a joy ride listening to his talks and going through his blog. Here's some great ones : Ted : This is broken Ted :  The tribes we lead Ted : On Standing Out Google Talk : This one was OK, not something any person who uses Internet consistently wont know All Marketers are LIARS
Post a Comment
Read more

By DEVESH - May 28, 2011
IIT & IIM do not have world class facilities. There is hardly any world class research from these institutes. Jairam Ramesh [I do not] carry such information in my mind since it is readily available in books. ...The value of a college education is not the learning of many facts but the training of the mind to think. Albert Einstein As any other sane North Indian who was made to go through the two year brutal torture of engineering coaching classes , with the promise of a diamond studded future waiting on other side of the 4 year man making project, I disagree with the honorable & hopefully sane minister. The two lost years though, were just the event horizon of the super massive black hole from which I am still struggling to break free. I have met only few who have managed to pull a Houdini. I think the minister & his opponents are still inside. As in a black hole the laws of common sense break down once you are made to embark on this journey when you are just 15. 15 is t
Post a Comment
Read more

By DEVESH - May 20, 2011
A friend, who's working in the Indian army, told me his motto: We the willing Led by the unknowing Are doing the impossible For the ungrateful We have done so much With so little, for so long We are now qualified to do Anything with nothing
Post a Comment
Read more

By DEVESH - April 26, 2011
Rule no.1: Everyone is in technology business    Rule no. 2: Understand the web, at least the basics. Short version ; Long version Rule no. 3: Customers call the shots, companies don't Rule no. 4: You don't know what social media is just by being on twitter & facebook. You think u understand it till u actually do! Rule no. 5: You don't have to ( read. can't ) be on every service, application and platform under the sun. Being active on only the standard mediums will get the job done. Rule no. 6: Internet is a great PR tool. Be honest & stick to your code. If you fuck up, but explain yourself honestly, you would not only be forgiven but will get free brownies too. Rule no. 7: Privacy is   overrated, Get Over it. Rule no. 8: Internet gives superficial knowledge. So search diligently . Don't forget what Dr. Alban said "Little knowledge is dangerous". Books rock & please consult the doctor; Google & Bing are not in healt
2 comments
Read more

Who are the Entrepreneurs?

The Future is NOW

By DEVESH - April 16, 2011
The world is changed. I feel it in the water. I feel it in the earth. I smell it in the air. Much that once was, is lost, for none now live who remember it...It began with the forging of the Great Rings. Three were given to the Elves, immortal, wisest, and fairest of all beings. Seven to the Dwarf lords, great miners and craftsmen of the mountain halls. And nine Rings were gifted to the race of Men, who above all else, desire power. For within these Rings was bound the strength and will to govern each race. But they were all of them deceived... for another Ring was made. In the land of Mordor, in the fires of Mount Doom, The Dark Lord Sauron forged in secret a Master Ring, to control all others. And into this Ring, he poured his cruelty, his malice and his will to dominate all life. One Ring to rule them all... One by one, the Free Lands of Middle-Earth fell to the power of the Ring. But there were some, who resisted... A Last Alliance of Men and Elves marched against the armies of Mor
Post a Comment
Read more

By DEVESH - April 09, 2011
Facebook: Talking to friends Twitter: Talking to the world LinkedIn: Talking to professionals Blog: Talking to myself I think it's important to distinguish what to use where. What should be linked and what should be kept separate.
Post a Comment
Read more 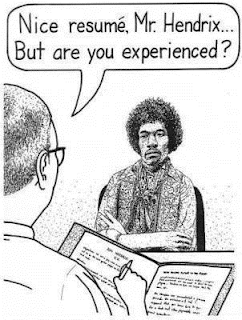 Source : Google's quest to build a better boss. Even though I have been very lucky to always have exceptionally good managers and great colleagues; I thought it'll be great to write my views ( in italics ) on the article, as part of "a new dimension ". People leave companies for the following three reasons or a combination of them: They don't feel a connection to the mission of the company or sense that their work matters. They don't really like or respect co-workers. They have a terrible boss. As per the article this is the biggest factor. There are cases with personalities where they are not necessarily realizing they need a course correction. So it's just about being clear & saying, "OK, I understand what you are doing here, but let's talk about the results & this is the goal." The point of collating data is not to develop an algorithm for successful management. The point is to make people aware of it, so that manag
Post a Comment
Read more

By DEVESH - March 10, 2011
Source: Meet Google's human search engine for innovation and www.demo.com There are several levels when we see companies: As partners – can they build applications on our platform & make the platform more valuable. Business development or licensing type of deal Acquisition Ventures – Find companies to invest in The sweet spot is mobile, location based services, social & e-commerce. " IBM, Digital, Sun, Apollo and Microsoft had their time. Now cloud based systems like Google, Facebook & others will have their time. It's a natural progression of business. Microsoft had a hell of run for 30 years. They're still a very powerful company. Very profitable, growing very well. So I wouldn't say they're going to go down; I would say the market has moved. " I think Kinect is a game changer and probably the most important hardware innovation of the decade. " Tablets are for consumption not for creation . " Agree but not entirel
Post a Comment
Read more

By DEVESH - March 08, 2011
After watching 2 episodes of Agatha Christie's Poirot I've come to realize that her's is a far more superior body of work than Sir Arthur Conan Doyle's Sherlock Holmes. I think so because the emphasis on Christie's stories is on the plot rather than the protagonist. As far as the protagonist's impact is concerned Poirot is more cultured, mannered & in some cases even timid. The correct word will be meterosexual . Sherlock Holmes however is the Jim Morrison of detectives- his range is dependent on your knowledge of the Genre. When I shared my discovery with a close friend I was told (as always) that I get influenced very easily. What do I know about writers like James Hadley chase who have (supposedly) written masterpieces? Well, that's true. My only exposure to detective stories has been Sherlock Holmes, but the advantage of internet is its power of instant knowledge. Agatha Christie's wiki page says: According to the  Guinness Book of World Rec
Post a Comment
Read more

By DEVESH - March 08, 2011
Brilliant article in New York times today: From 'End of History' Author, a Look at the Beginning and Middle Key points I found interesting : Institutions are the rules that coordinate social behavior. Without taking human behavior in account you misunderstand the nature of political institutions. Such behavior especially the faculty for creating rules are the basis for social institutions, even though the content of institutions is supplied by culture.   My take: This at a wider level relates to the three most important institutions in the 21 st   century; Religion, Financial system & Democracy. Same principle can be applied to the evolution of language.     Societies are not trapped by their past nor are they free in any given generation to remake themselves. Building institutions is as difficult as changing them. Poor countries remain poor because of the absence of a strong law.   My take: Even though we continue to criticize our system, what we must underst
1 comment
Read more

By DEVESH - March 03, 2011
The habit of reading is one of the greatest resources of mankind; and we enjoy reading books that belong to us much more than if they are borrowed. A borrowed book is like a guest in the house; it must be treated with punctiliousness, with a certain considerate formality. You must see that it sustains no damage; it must not suffer while under your roof. You cannot leave it carelessly, you cannot mark it, you cannot turn down the pages, you cannot use it familiarly. And then, some day, although this is seldom done, you really ought to return it. But your own books belong to you; you treat them with that affectionate intimacy that annihilates formality. Books are for use, not for show; you should own no book that you are afraid to mark up, or afraid to place on the table, wide open and face down. A good reason for marking favorite passages in books is that this practice enables you to remember more easily the significant sayings, to refer to them quickly, and then in later years, it i
Post a Comment
Read more

By DEVESH - February 28, 2011
From past several months I've been thinking about starting a section on "Mindless" where I put my thoughts on what I am learning. I have always been interested in Science (energy, sustainability, physics) and the impact it has on an IT driven world. Until 2008 the hobby was struggling to breathe.  Only by the end of 2009 I realized the distinction between schooling & education. "A New Dimension" is an attempt to collate the education .
Post a Comment
Read more

By DEVESH - February 28, 2011
Source: Make Serendipity Work for You- HBR Serendipity is a close relative of creativity, which means that it is a capability that can be cultivated, bought and sold. Serendipity benefits not just from  scarcity  (forcing people to be creative) but from a degree of sloppiness, tenacity, and dissent. Attempts to dictate serendipity are stifling and impractical. History matters. Innovation is as much about looking at the past as it is about anticipating the future. It can mean pairing today's observation with those made previously, and often in quite different contexts, as did  Pfizer scientists in linking side-effects from clinical trials to a PhD dissertation completed at the University of California, as well as two medical articles published several years before . Socializing matters. It is very unlikely that James Watson and Francis Crick would have been as efficient in elucidating the structure of DNA without the benefit of those they shared their offices and interest wi
Post a Comment
Read more
More posts