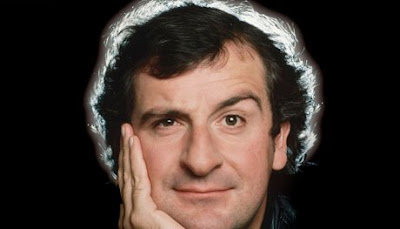 Tired of looking at posts from people drooling over the latest gadget from Apple - a watch - I tried to cobble a few insults that would remind these man-boys of the message in this ancient proverb - All that glitters isn't gold.
But I couldn't.
Despite my best efforts to put together, what seemed like the longest 140 characters I'd ever written, I was still swinging between the odious and the futile.
Exhausted of cursing my ineptitude as a writer, I decided to look for inspiration.
I picked up Hitch Hiker's Guide to Galaxy and as soon as I read the opening paragraph, I experienced my very own 'Eureka'.
The answer wasn't an insult at all. It was satire. And I decided not to waste a moment reinventing the wheel and wrote this post.
Here's the passage that changed my mind and might even teach us all some humility (more below):
"Far out in the uncharted backwaters of the unfashionable end of the western spiral arm of the Galaxy lies a small unregarded yellow sun.
Orbiting this at a distance of roughly ninety-two million miles is an utterly insignificant little blue green planet whose ape-descended life forms are so amazingly primitive that they still think digital watches are a pretty neat idea.
This planet has – or rather had – a problem, which was this: most of the people on it were unhappy for pretty much of the time. Many solutions were suggested for this problem, but most of these were largely concerned with the movements of small green pieces of paper, which is odd because on the whole it wasn’t the small green pieces of paper that were unhappy.
And so the problem remained; lots of the people were mean, and most of them were miserable, even the ones with digital watches.
Many were increasingly of the opinion that they’d all made a big mistake in coming down from the trees in the first place. And some said that even the trees had been a bad move, and that no one should ever have left the oceans.
And then, one Thursday, nearly two thousand years after one man had been nailed to a tree for saying how great it would be to be nice to people for a change, one girl sitting on her own in a small cafe in Rickmansworth suddenly realized what it was that had been going wrong all this time, and she finally knew how the world could be made a good and happy place.
This time it was right, it would work, and no one would have to get nailed to anything.Sadly, however, before she could get to a phone to tell anyone about it, a terribly stupid catastrophe occurred, and the idea was lost forever.
This is not her story."
Pretty interesting isn't it. We go about daily in our lives trying to define ourselves by what we buy, what we own, where we work. A definition that's based on a simple premise that tells us "I am special/I am unique".
Herein lies the paradox. Rarely do we realize that the machinery that tells us this story starts from the assumption that we aren't unique at all. In fact the machinery assumes that we can be " herded" by simple principles that tickle our reptilian instincts.
As we enter the world of "dramatically altered consequences" , its time for us to rethink consumerism and growth for the sake of growth.
This, I believe, is a question that will impact both brands and consumers and direct the evolution of the marketplace based on the premise that the current version of capitalism is detrimental not only to our psyche(as consumers) but also to our habitat. The consumer has to bear the constant stress of the "Paradox of choice" and distraction by the next shiny gadget that he doesn't need, while brands are under the unnecessary stress of continuously adapting to this shifting demand that (mostly) they themselves have created. In their mutual struggle for relevance, both consumers and the brands fail to see the impact of their choices on a planet that is already strained. When you're running out of oxygen, gold or your new watch are pretty much useless.
Though several companies are moving towards sustainable development, their macro impact on resolving this "Catch 22"  remains to be seen.
It will be even more interesting to see how marketing as a discipline will evolve to assimilate this greener and a more responsible world view. Will it become more contextual and relevant? Or will it become even more intrusive and personal? How will privacy concerns be addressed? What would the marketing strategy of a company that practices (360 degree)sustainable development look like?
These are big questions. As we work towards answering these questions, we have to keep in mind that while we believe in hope, we trust fear.
And its time for us to be afraid.